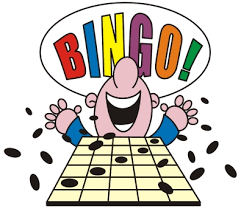 Due to some ridiculous scheduling by the NYC public school system, school was opened for one day this week on Wednesday and closed the rest of the week in observance of Rosh Shoshona. Why they even bothered to have everyone cut short the summer vacation just for one day has been hotly bitched about already so I need not add more fuel to the fire, however lets just say that this scheduling allowed me even MORE opportunity to entertain my two young boys.

After 73 days of “bliss” with the boys I was looking forward to a little “me time”. However my one day of respite was cut short thanks to the Board of Ed.

It’s absolutely amazing how much energy and curiosity these little guys have. My older son (8yrs) is unrelentingly inquisitive with his barrage of questions starting with “What is better….?”. “What’s better mom, the moon, or the sun? What’s better, air or water? What’s better a Toyota or a Honda?” Not satisfied with my well thought out responses, he then wants to know “WHY?” “Why is the sun better than the moon? Why is air better than water? Why did Toyota have those brake problems?”

When I received an invitation to join my parents at their 2 br time share at the Villa Roma for the next 2 days I jumped at the chance to diffuse and deflect the constant questioning.  The drive upstate was long and monotonous with the kids alternating their questions every two minutes between “How much longer?” and “Are we there yet?”. When we finally arrived there, the weather took a turn a turn for the worse and it started to rain.

As it was cold and rainy we had no choice but to remain inside the entire day.

While there were some indoor activities such as the indoor pool and the arcade, it wasnt until we were playing BINGO in the “party room” that my son very innocently asked me, “How come everybody here is so old?”

Although I tried to ignore his question, and reminded him that his grandparents were in their 70’s, he dismissed my response saying, “No mom, these people look like they are 90.”

Out of the mouth of babes. Villa Roma, while absolutely fine, is VERY VERY popular amongst the AARP set. Not that anything is wrong with it.

I have no problem with the elderly. In fact I aspire to become one myself, however it is commonly known that the food that the elderly can eat tends to be on the bland and boiled side.

My parents, as my son so correctly put it “were not that old”, were tired of the bland food being served at the resorts restaurants and decided to “go wild” and take us to the local italian/pizza joint. My parents were “joansing” for something with some  taste and spice, and ordered the chefs salad and eggplant parmigiana.

Not surprisingly in this neck of the woods, the chef was and his wife that ran the mom and pop pizza shop were elderly and their “chefs salad” was well…old. The lettuce was wilted and brown, the cheese and few slices of  meat had definitely seen better days, and the tomatoes were inedible. The eggplant parmigiana was bland, boiled and frozen.

Luckily my boys (God bless them), had ordered a large plain pizza. The pizza came out hot and bubbly and was good and tasty. We ended up dumping the eggplant and devouring the pizza. Like the saying goes “Pizza is a lot like sex. When it is good, it is really good, when it is bad, it’s still pretty good.”